After the first blockout, I still wasn't satisfied with the layouts. I continued with another composition, which was loosely based around the first blockout from the previous blog post. Visually this composition was my preference but it lacked depth. To counter this I messed with having a strong fore and background where the robot was the main focus. The background trailed off to the city behind.

At this stage something that I thought could be interesting and fed into the tutorial side of things was different time of day setups. I was quickly able to visualize this inside of marmoset and play with what a sunset and night time might look like. 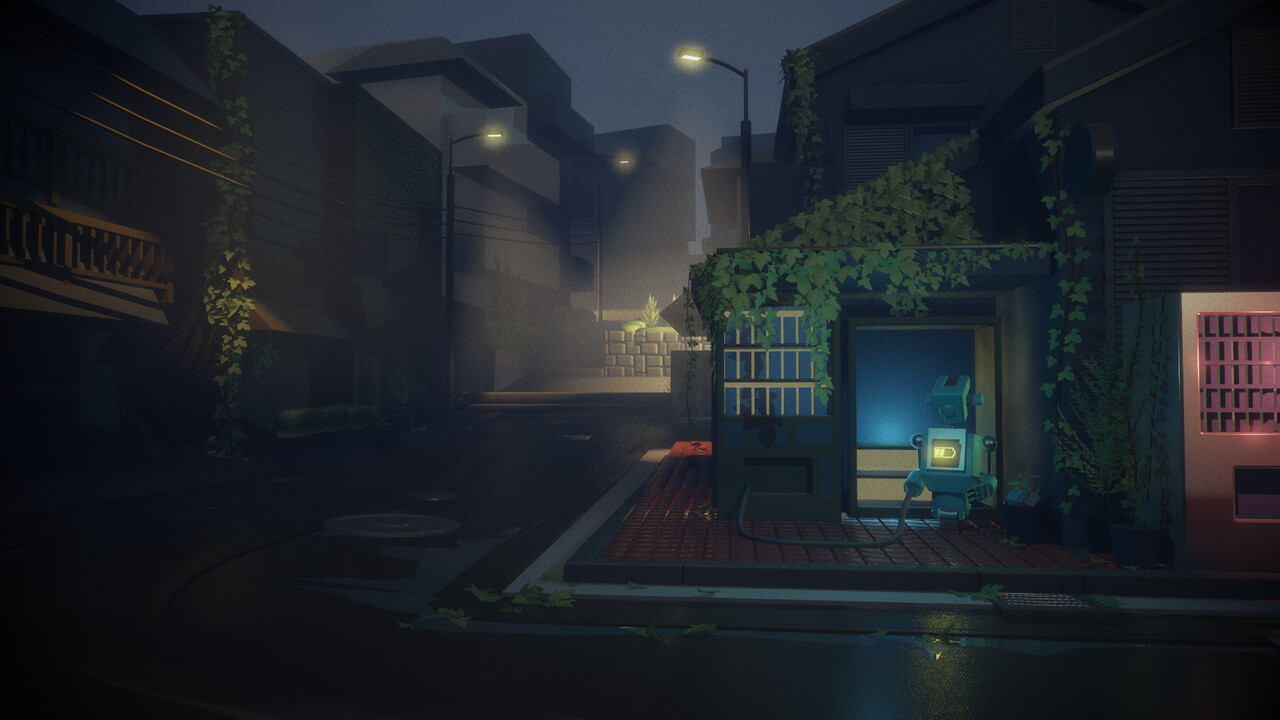 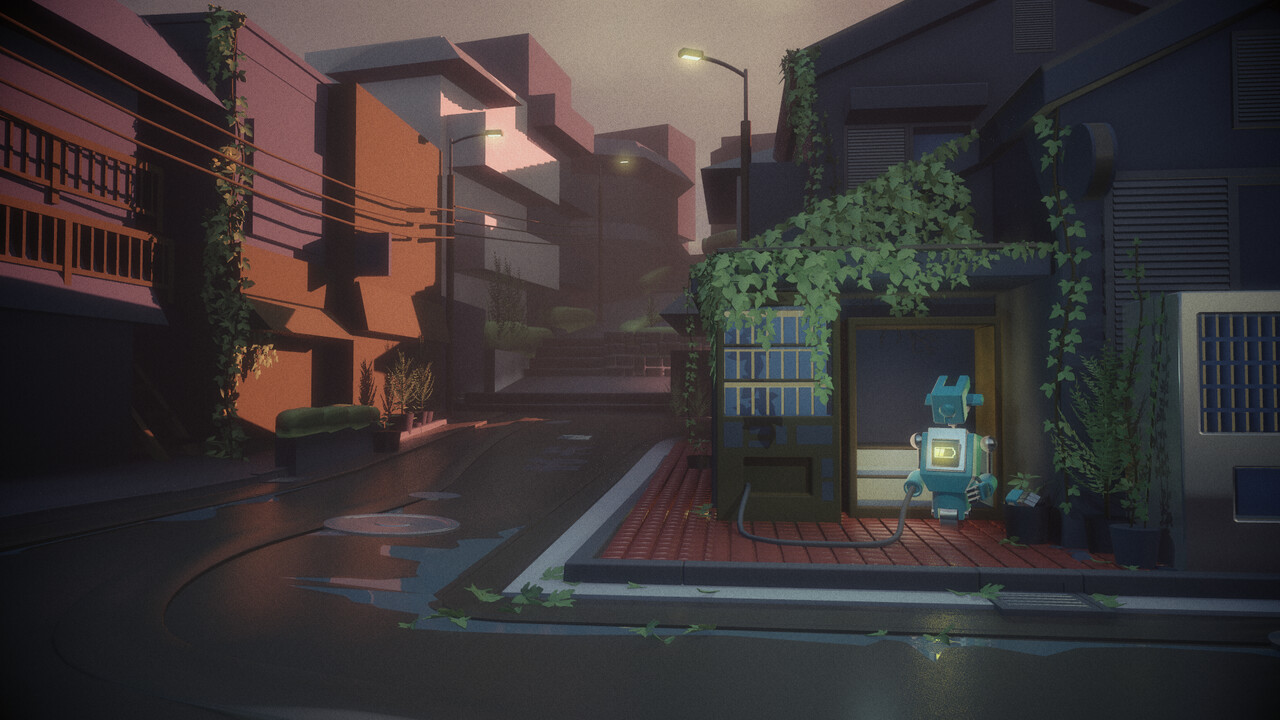 From here I focused on refining the idea and creating a more finalized blockout. As I grew more confident with my idea I ported everything over to Unreal and started setting up all the assets in a proper folder structure and getting the mood and lighting right. 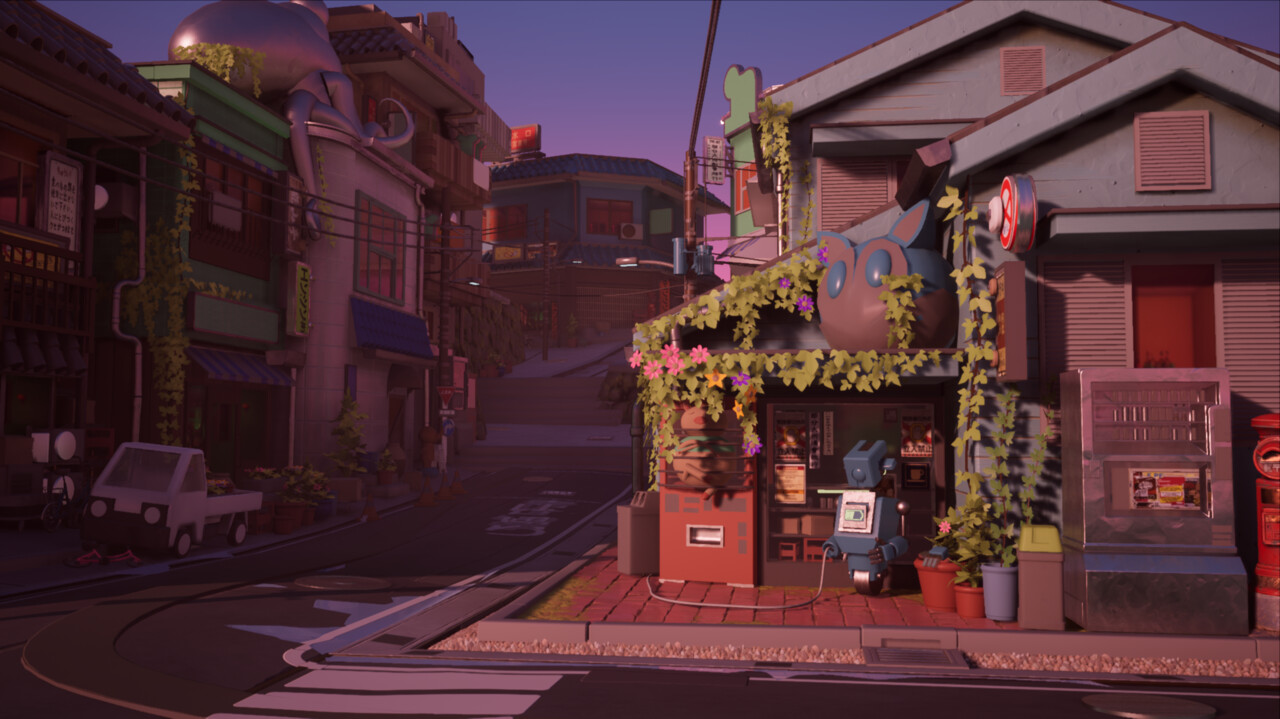 Here is a process gif to show how this evolved as I blocked out the scene.

At this stage it was easy to see the trajectory of the project and visualize the end result when finished. I was pretty happy with how everything felt here but It lacked a little focus composition-wise as the street distracted me too much from the robot.

I tried one final composition which had more focus in terms of camera and scale. I also loved the idea of doing a portrait image as you don't often see this for Environment scenes. 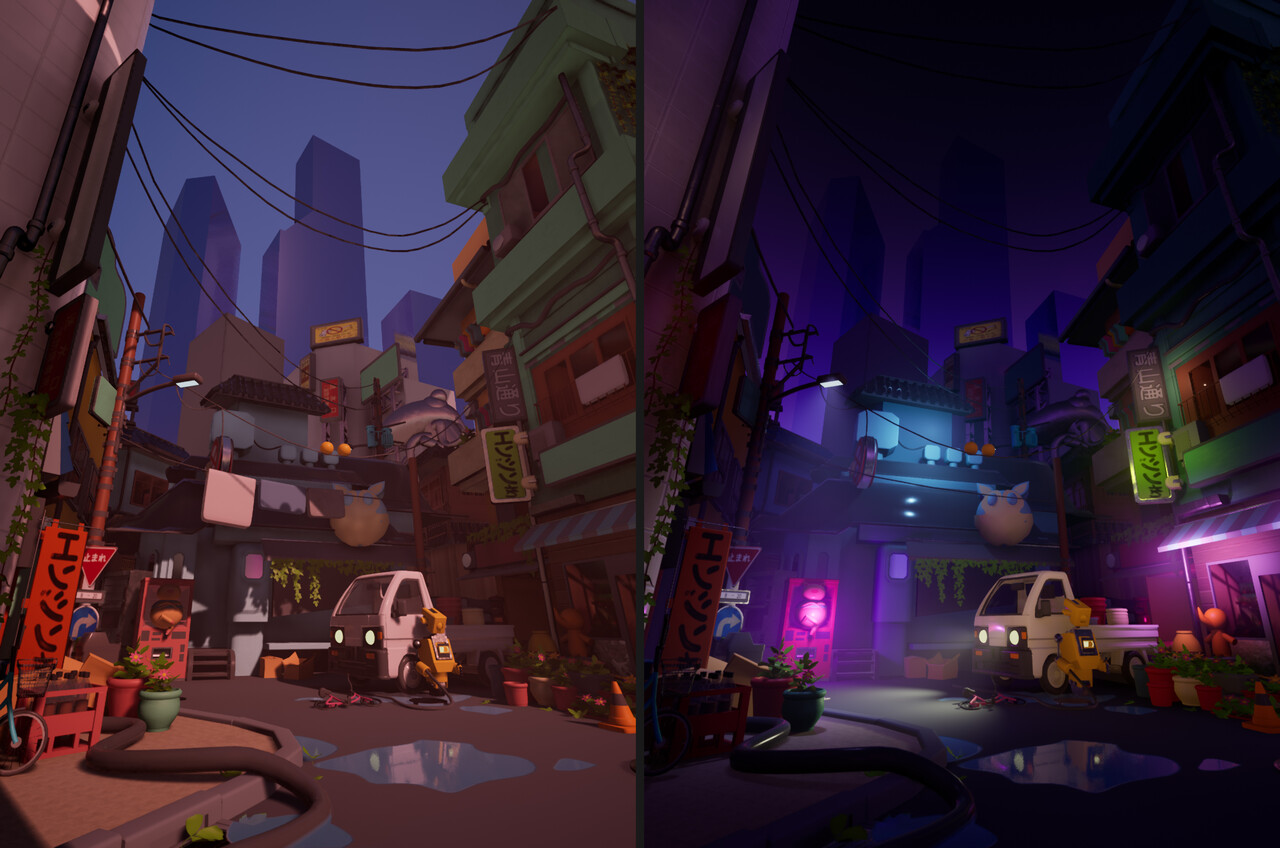 Decision to change the project

At this stage I made the difficult call to change the project theme. Somewhere along the line I lost the initial theme of an abandoned world with the robot and heading into overly stylized. I realized I was working towards something that my heart really wasn't in. Bearing in mind the plan for tutorials and a continued series of work it was best to take what I learnt and change gears. I am much happier about the new project and I have taken a huge amount of the process/learning forward into this. (will be showing this in a future blog)

To round this work up I will be doing an update about the process on the environment blockouts, Shaders and tech I used to get the blockout to where it was at the different stages. As I put a lot of the framework in place even at a blockout stage it was a lot further along than any environments I have made in the past.

As always love to get thoughts/feedback and comments.