Deciding to change project ideas was not an easy decision. On the run up to the Christmas break I took a month off to work on art, so changing paths was that much harder. I had many conversations with different artists, friends and my partner, but ultimately decided that somewhere during the process I had lost the spirit of type of art I wanted to create. The stylized art of my Tokyo street was fun but not hitting those main objectives I had set out to tackle from the beginning.

Although I felt demoralized, I decided the correct route forward was to try to plan out what the series might look like as an overview. I began by thinking about scenes I wanted to create and how I could link the story of the robot.  Below is a ref board to detail the sort of themes I thought could be interesting settings for future projects. 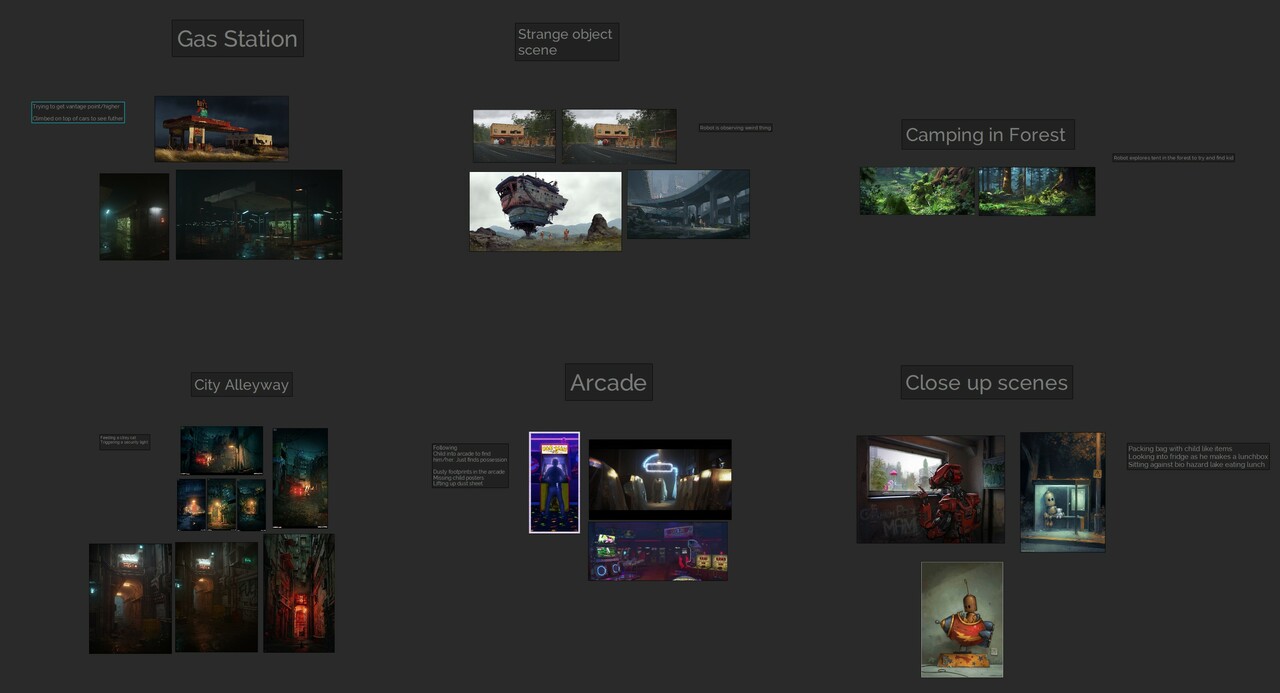 The gas station theme stuck out to me as hitting all the correct objectives, it felt cinematic and I always wanted to revisit a more abandoned setting. I settled on this concept which encompassed everything I was striving for, I chose it because it does a great job of establishing a mood but is still open to interpretation.

Since deciding to stop working on the Tokyo scene I have been working on a new blockout. As with the other scene, it establishes a framework of assets, materials and processes that will ensure the creation of final art is as straightforward as possible. (including borrowed assets from ue4 resources which I will replace later)

I still wanted to keep some of spirit of the other scene with some crazty and nod to Simon Stålenhag with a giant Octopus on the top!

Side composition inspired by Ed Freeman 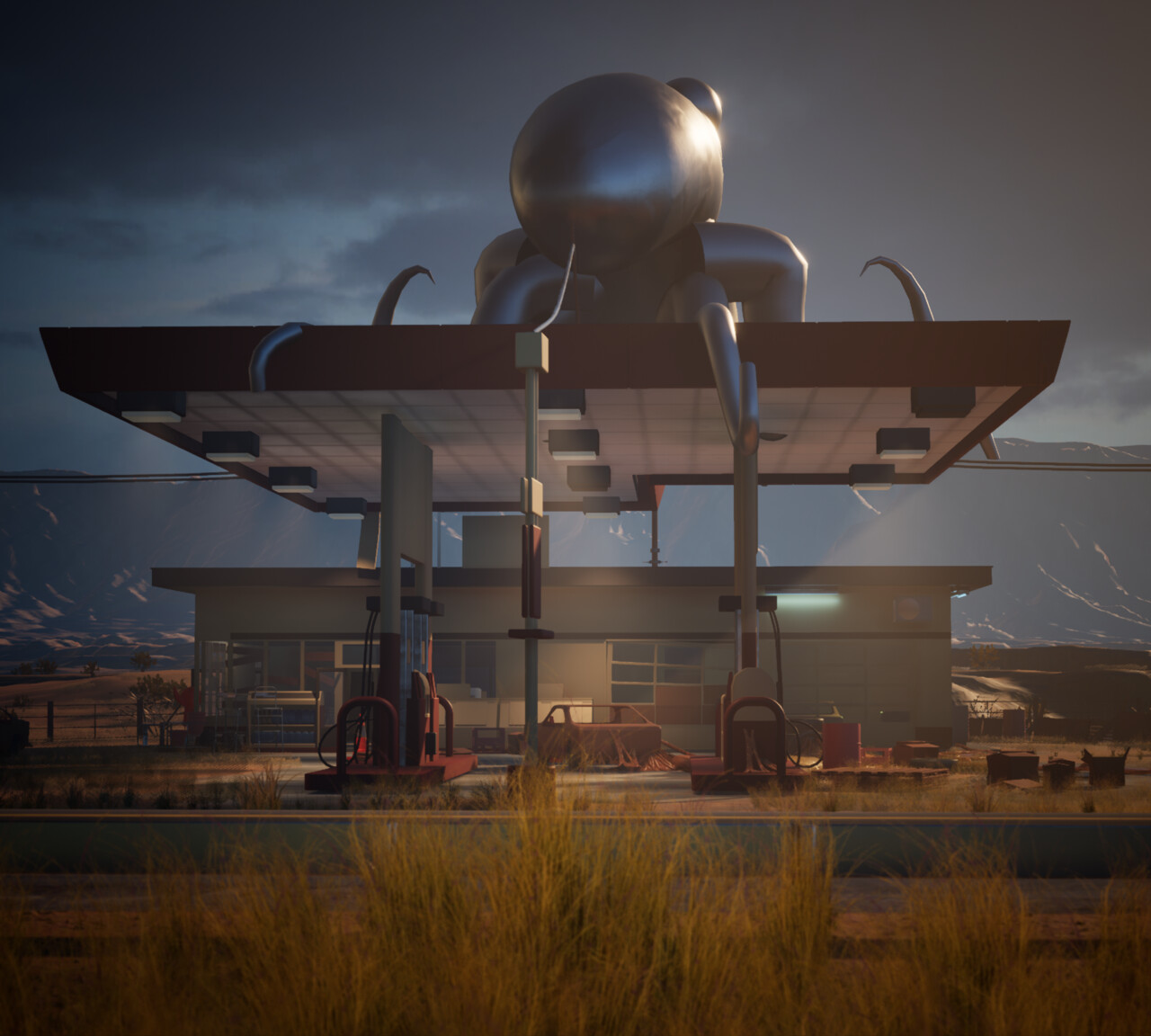 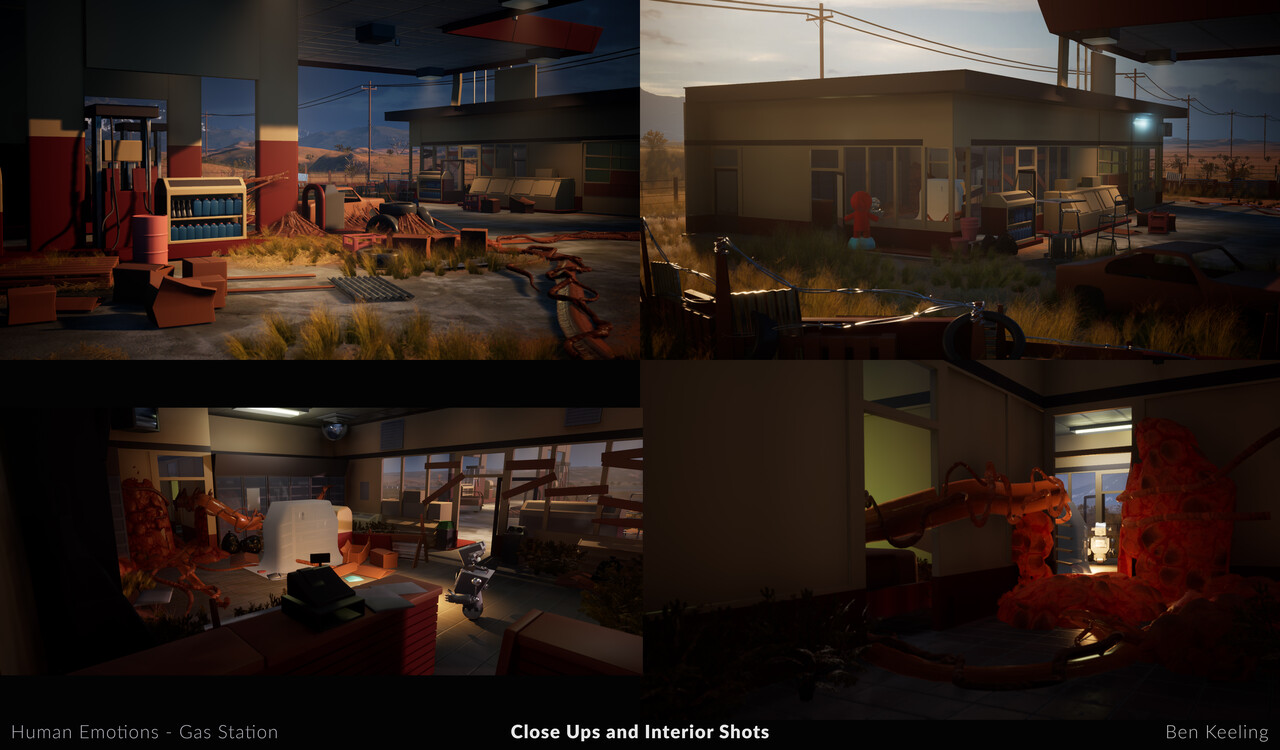 As well as the abandoned gas station I wanted to tell a story about the world of human emotions. An alien virus is feeding from the fuel sources. Which gives more of an unsettling feeling to the closer shots. The story and the actual final assets for these are still very much to be determined, but currently I have a fleshy growing theme for these.

This is a relatively shorter blog to update on the progress for the blockout before I start asset production. I will do more of a breakdown for some of the process involved in this. Including the blueprints and other relevant information.